In The Buss Shelter

Landscaping the front garden 2013, The Stanes

We moved to the Moray coast, in North Scotland in February 2012. We have a large flat garden to the front of the house, and a small back garden, which is long in width but not depth. Despite that, we have managed to fit a polytunnel, fruit cage and flower borders, plus chickens into the area!

The front garden is currently being landscaped by ourselves and despite finding a flat garden difficult to inspire ideas for planting up, we have finally settled on some interesting ideas we have not used before, or have some elements we have used in the past in other gardens. The main focus is a pod shaped pergola, which has inspired the rest of the landscaping. Curving pathways take you around densely planted flowerbeds, planted up for year round colour and interest. Seating areas will give different viewpoints across the garden. Materials used include the recycling of block pavers that were laid out as paths and broken sandstone slabs that we found whilst digging the flowerbeds.

The flowerbed with the 'Stanes', was inspired by Stonehenge and the Ring Of Brodgar. The 'Stanes' used were originally from alongside the driveway, and as they are 'dressed' assumed to be from an old steading. 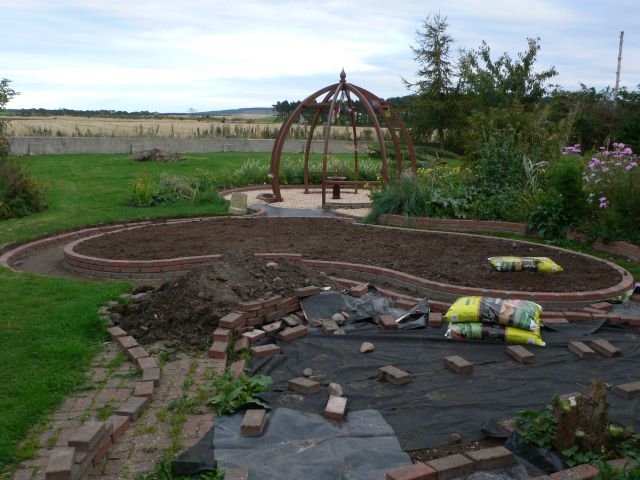 another new flowerbed by the summerhouse... 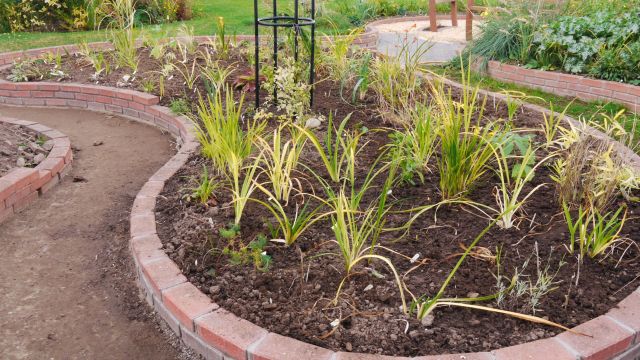 all planted up........next bed shaped for completion in the spring.. 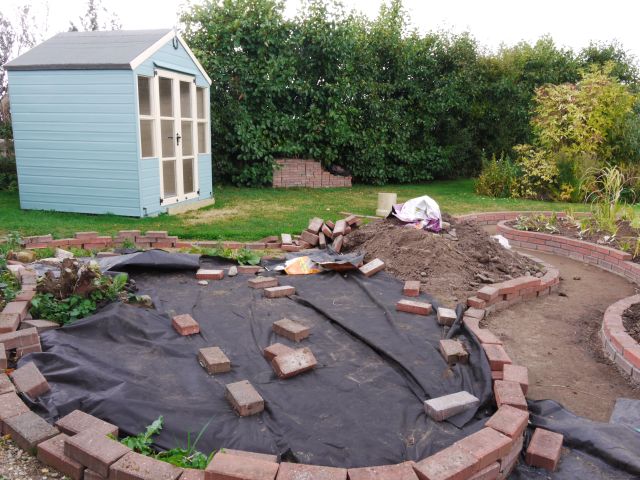 More development by the driveway..... 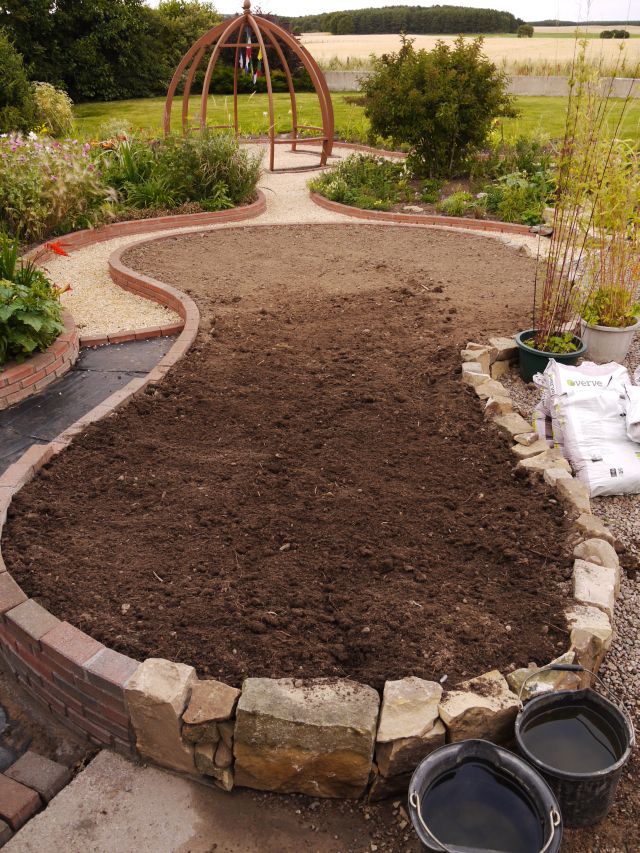 This is the new bed that is fairly moist, bordering the driveway, now planted up 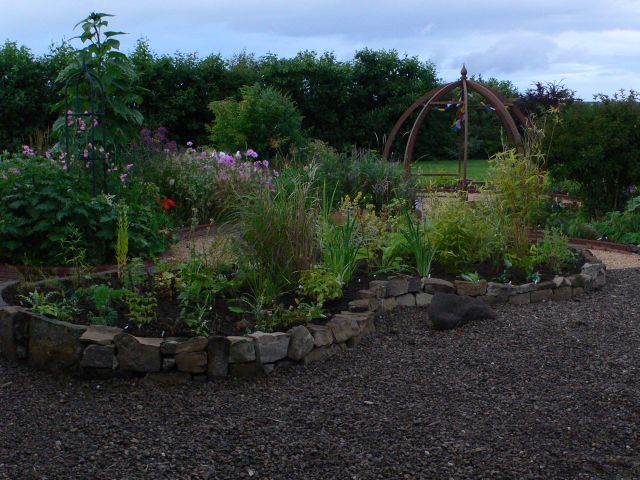 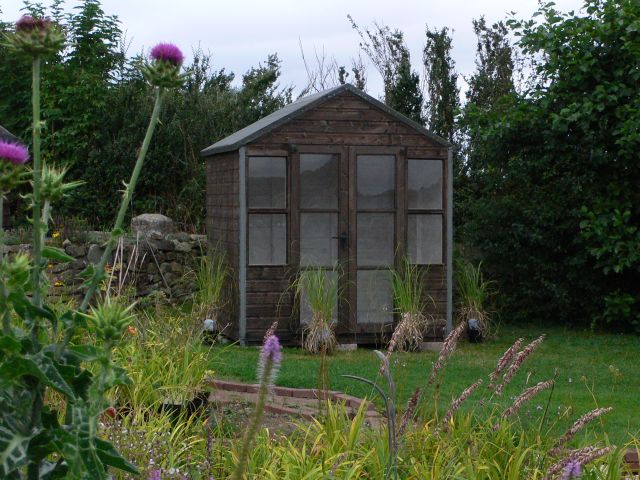 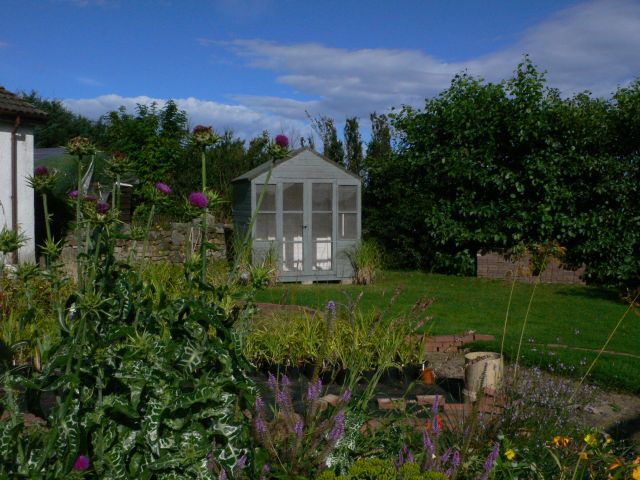 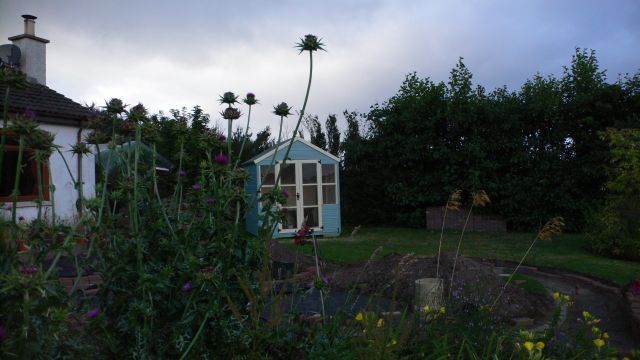